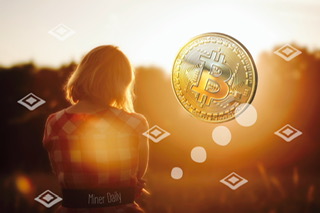 Bitcoin’s Poisson paradox refers to the fact that many people wait longer than 10 minutes for a confirmation of their BTC transaction, even though the block pace is set to 10 minutes by the bi-weekly difficulty adjustment.

Let’s review some blockchain data to see for ourselves why this experience makes sense, yet is self-contradictory.

To recap, Bitcoin’s block pace follows a Poisson distribution, meaning that the majority of blocks are found within a 10 minute window. But because it is a random process, there are always some outlying blocks that take a longer or shorter period for miners to find. Nonetheless, the average transaction confirmation time should be around the 10 minute mark, seen below.

A paradox is a seemingly absurd statement, which when investigated proves to be well-founded, yet illogical. So, for example, let’s make the assumption that most people experience extended block confirmation times, despite the average being 10 minutes.

What does Data Say?

First we run a check of our data. The histogram below shows that transaction confirmation times do in fact resemble a Poisson distribution. The majority of transactions, 78%, take between 5-20 minutes. And, the average block time is 9.4 minutes.

However, notice that at 11:28 AM three blocks are found at the same time. Yet these three blocks combined only confirm 701 transactions. On the other hand, the block at 12:22 contains 3,322 transactions, but took 20 minutes to confirm. So, to the majority it appears that their transaction takes longer than the minority, illustrated below.

From this investigation it also seems that quicker blocks are more likely to contain less transactions than slower blocks. This is because we observe that the longer a block takes to be discovered, the more transactions build-up in the mempool in the interim, leading to a larger block with more transactions inside. But actually, this isn’t always true. To visualize this, let’s see what the mempool looks like for the same time period.

So, it is not necessarily true that all fast blocks are small in size. For example, at 11:28 one block takes zero minutes to mine, but only confirms 50 transactions. While at 11:42 a block takes 0 minutes to find and contains 2,682 transactions. Therefore, the size of a block depends on the amount of transactions awaiting confirmation in the mempool (congestion), not the speed of block discovery.

Ultimately this investigation of data doesn’t prove that Bitcoin’s Poisson paradox exists. However, the proof is actually hidden in the initial histogram; i.e. the long-tail.

Indeed, the majority of people in our sample wait longer than 10 minutes for a confirmation, even though the mean is 9.4 minutes. This is because the Poisson distribution has a long tail to the right. That is to say, there are more possibilities of a block being discovered between 10-40 minutes, because the time interval is four times larger than the interval between 0-10 minutes. See below.

Lastly, there are a couple other reasons why BTC transactions may go slower or quicker than 10 minutes. Although, these don’t relate to Bitcoin’s Poisson paradox.

First, miners collect and hash transactions from the mempool into the block header before solving for their next proof-of-work. This can create a lag. For instance, new transactions not picked up by miners sit idle in the mempool until the previous block has been mined, plus the time for the new block(s) to be discovered. Transactions can also get stuck if the fee is too low.

However, if a transaction gets stuck it can be boosted by changing the fee using Child-Pays-for-Parent (CPFP) or Replace-by-Fee (RBF). Changing the fee value of a transaction increases its priority and so miners are more likely to include it in their next block. Additionally, some mining pools can add transactions to their own blocks, which speeds up their transaction time.

Before we go, let’s find out what the longest and shortest block intervals are in Bitcoin’s history so far.

The longest time between blocks is 6 days, between blocks 0 and 1 in 2009. The second longest block time is 1 day, also in 2009, between blocks 15323 and 15324. This is because in the beginning only Satoshi was mining, later joined by Hal Finney and a few others.

In recent times, block 679786 took over two hours to be mined in April 2021, due to the Xinjiang mine shutdowns. Around twenty percent of the hash rate was abruptly cut off for two weeks for government inspections. This was followed by countrywide mining bans in China last June, which caused the block pace to temporarily slow to an average of ~20 minutes, double the usual rate.

Finally, the shortest block intervals are actually negative minutes. This is because it is possible for a block to have an earlier timestamp than its predecessor. The largest negative interval happened randomly between blocks 156113 and 156114, and is nearly −2 hours.

Bitcoin and Renewables, A Miner’s Observations