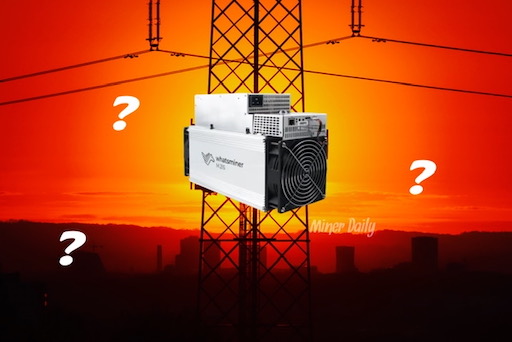 A recent bitcoin miner survey asked where people mine, what they pay for power, and what their BTC and BCH price predictions are for 2022.

Their answers are interesting.

Last week in a chat room bitcoin miners answered a series of polls posted by a member. For context this Telegram miner forum has been around for years. It has thousands of members who come from different backgrounds and operational scales in the bitcoin mining industry.

The limitations of this survey are that the total sample size is small, just under 100. Thus participants represent up to 20% of the miners online at the time, or just 2% of the total chat room members.

Where do you Mine?

The second question in the bitcoin miner survey asks where in the world participants mine. See the results below. Note that miners could answer with more than one location, however the destinations are limited to a total of ten.

Zoom in on the map above to get a better view. Hover for percentages.

The results show that the dominant bitcoin miner location is the United States, with 51%. This is followed by Russia at 19%, Kazakhstan 15%, South America 14%, and Scandinavia 11%.

A lesser amount of miners are in Belgium, Canada, China, Georgia, and Iceland. Combined these five countries account for 16% of the sample.

What kWh Price do you Pay?

The third poll questions miners how much they pay for power. See the results below.

Hover with your cursor for tab info.

For the remaining half, about one-quarter of the miners pay between seven and nine cents. The other quarter pay ten cents or more.

After the energy poll there was a debate about what the definition of the price per kWh is.

The kWh price may or may not include extra costs like transmission and wheeling fees, line loss, etcetera. Nor may it include compensation for things like off-peak periods or grid-feedback. However, most seem to agree that it should be the all-in per kWh, found by adding and averaging all costs. On the other hand, mining companies tend to reference their lowest base fee, for the sake of competition and investment attractiveness.

Additionally, a miner comments that industrial or cooperative farms can have sub-4¢ rates, even down to 2¢/kWh. But the poll only went down to four cents.

Whilst this is true, we find it interesting to observe that the median price that miners pay for energy has risen the past years. Up until 2021, miner hosting was generally 2-6¢/kWh. These days hosting can cost double this, between 6-12¢/kWh. Household energy prices have also risen worldwide, up to ~ 50¢/kWh, which is affecting Bitcoin’s home miners.

Lastly, miners were asked their thoughts on the value of BTC and BCH in three separate polls. Here’s what they had to say.

How High Can BTC Go?

How Low Can BTC Go?

In the bitcoin miner survey participants were also asked how low they think that BTC could go. Nearly 80% of the miners believe that the lowest that BTC can go is $20,000 – $30,000 USD.

The remaining one-quarter of the bitcoin miners in the sample are bears. Six percent say that BTC will bottom at $10k, and sixteen percent say just $5k.

Finally, miners were asked what they thought would happen with the BCH price. For reference, Bitcoin Cash is currently trading at around $300, and peaked at $1,400 last May.

Two-thirds of the miners believe the BCH will go to $500 bucks or less. The remaining one-third of the participants are bullish, and predict that BCH will go up to between $1,000 – $10,000 per coin.

In conclusion, the majority who participated in the recent bitcoin miner survey are minting BTC in the USA, and pay between 4¢ – 6¢ per kWh. Most miners believe BTC will soon hit $100k, but it could bottom out at between $20k – $30k per coin.