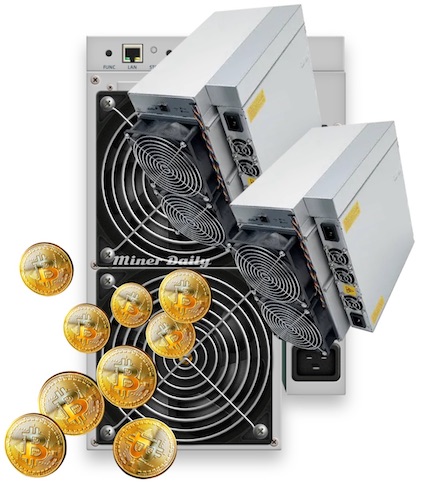 Bitcoin miner prices appear to finally be dropping. Last week we saw Chinese resellers release used Antminer S19 95 terahash (TH) for around $5,000 USD in miner forums. This works out to about $50/TH. Likewise, brand new Whatsminer M30S batches for March and April are around $50/TH.

However, bitcoin mining machines with similar specs are currently being sold for up to 50% more. Bitcoin miner prices overseas are between ~ $60-100/TH, and units can cost over $10k each. Why is this?

In this article we delve deeper into the current trend of dropping bitcoin miner prices, and the dynamics of resale markets. We end with our recommendations on the best time to buy a mining rig, and a scenario of a home miner.

Contents hide
1 ROI Time
2 Why Did ROI Get Longer?
2.1 Price Buoyancy
2.2 Quick Analysis
3 Other Considerations which Affect ASIC Prices
3.1 Energy and Rack Squeeze
3.2 Import and Business Costs
4 When is the Best Time to Buy?!
5 Home Mining Scenario
5.1 Summary of performance:
5.2 Should they have bought BTC instead?

For veteran miners in China newer generation bitcoin mining machines are thought to be of a reasonable value when the return-of-investment (ROI) period is less than one year, preferably around 10 months. One miner remarked in jest in a forum last week that he is waiting for the price to go to ¥158/TH ($25/TH) for an Antminer S19. This would be about 8 months to ROI.

However, since the bull run commenced in late-2020 the ASIC resale value metric of ‘ROI within a year‘ has not held its course. Bitcoin mining rig sales on a global scale have been inflated to the point where ROI periods can be up to two years or more.

Why Did ROI Get Longer?

The obvious reason for bitcoin miner prices increasing in the past year is the bull run. As machine values are based on ROI periods, this means that they are tied to BTC’s fiat value.

So if BTC goes up in price, miner earnings go up, and the time to ROI goes down. This results in bitcoin mining machines also rising in price. And vice versa, if BTC drops, then a miner’s earnings drop, and an ASIC’s value should drop alongside.

… Yet, when BTC dropped in 2021, bitcoin miner prices did not follow? And, bitcoin mining rigs are priced in at much more than a year to ROI… What gives?

The reason mining rigs prices did not drop when BTC did is in part because Bitmain and resellers were rumored to be holding up ASIC prices after the 2021 mining bans. And this makes sense. If up to ~2 million disconnected machines went up for sale, plus spot sales from manufacturers and order fulfillment continued, the market would be flooded with miners. This would have triggered ASIC prices to dump, putting established mining companies and manufacturers at risk of bankruptcy.

Large fluctuations in the market may also jeopardize a manufacturer’s relationship with microchip foundries. It is imperative that manufacturers receive a steady flow of chips, in order to not lose their purchasing power amid fierce competition with other industries for chip production space. (Read more about ASIC manufacturing here, and here).

But now that BTC has remained between $35k-43k for several months, and the next generation miners like Bitmain’s S19 XP at 140 TH/s, and the S19 Pro + Hydro at 198 TH/s are soon to be released, it seems that bitcoin miner prices are finally starting to come back down.

Let’s review how miner profits per TH (light green line below) follow the same behavior as the BTC price (dark green), but with a slight lag. The lag is because miners chase profit. Further, profits lag price and hash changes because the biweekly difficulty adjustment reacts to block interval data from the previous 2,016 blocks back in time.

Next you can see below that miner prices (in orange) have loosely followed the behavior of the BTC price. Yet when BTC dropped in May of 2021, ASIC prices did not follow, seen by arrow 1. This was likely due to the fact that institutional miners were competing for rig purchases at the time. In other words, demand was higher than supply for new machines, keeping prices elevated.

Additionally, it is believed that sellers compensated for the post-mining ban supply overload by propping up bitcoin miner prices and halting spot sales from manufacturers from June 2021 onwards, as previously discussed. Thus ASIC prices remain fairly steady from August 2021 until February 2022, despite the BTC price drops in September 2021 and January 2022, shown by arrows 2 and 3 respectively. Although, it does appear that bitcoin miner prices are beginning to come back down, dropping by nearly 40% from the start of the year.

So, perhaps we will start to see ASIC prices normalize back to a price which reflects a year of profitability? Or, perhaps we are entering a whole new era, where the trend of ASIC pricing takes on a new path?

Other Considerations which Affect ASIC Prices

Besides the bull run, production backlog (due to big orders, chip shortages, and Covid), and the bitcoin mining bans in China, here are some other important factors causing bitcoin mining prices to be elevated the past annum.

Since the mining bans in June of 2021, hash rate has recovered to around 200 EH/s. However, a healthy portion of these gains are from new equipment being delivered to institutional miners, and not from disconnected miners coming back online. This is because there has been a lack of rack space due to an overall limited availability of electricity, as well as supply chain slow downs which have hampered farm buildouts. It is therefore likely that hundreds of thousands ASICs, equivalent to tens of EH/s, are warehoused and sitting idle.

But shelving miners is nothing new for Asia-based brokers and miners. For example, in June after the bans 46% of miners surveyed in a poll said they would “wait to see what happens” rather than export ASICs or sell. And, many large Chinese mining companies have gone from running tens of thousands of machines at mega farms in 2021, to running just a few thousand machines at a combination of smaller domestic farms and colocations abroad. Thus, some of their mining rigs lay in wait. Lastly, miners are also now for sale in Kazakhstan after the recent issues with electricity shortages and farm shutdowns.

Energy prices have also gone up for most miners on a global scale, meaning that only the most efficient machines are put back online or exported, leading some to perceive that there is an ASIC shortage because newer gen. used machines may be hard to find. To be clear, there is a microchip shortage which affects newly manufactured miners, and this has caused a backlog of orders spanning several months. However, new generation machines exist for purchase off-market through networking, as miners have struggled to get them plugged in.

Machines for sale in North America and other countries outside of China are priced in higher because purchases are potentially made lower on a chain of resellers. For example, a machine may have passed hands between two or three brokers before landing on foreign soil, and for each change of hands the price gets bumped up a little.

Also, import and other costs must be added to the base price which is passed onto the end customer. For example, import to USA from China is ~30%, plus regional sales taxes and other business costs, etcetera. This import tariff should get better though as more machines will be manufactured outside of China in the future.

Ultimately being a machine broker can be very lucrative, yet it can also be risky. For instance, unlucky brokers may buy miners at a high cost before a BTC price drop. Then have to sell machines at a loss to customers or wait out the low market.

When is the Best Time to Buy?!

Obviously the optimal time to buy is in a bear market when machines are cheaper. But this is not always possible. The real question is a personal one, “what is it worth to you?”

As miner rewards are diminishing over time, and BTC is climbing, we believe that no time is a bad time to buy. The money you put into a machine is akin to buying and holding BTC because the machine’s value is closely tied to BTC, not fiat. So the decision to start mining may be risky, but perseverance and an understanding of the market usually pays off.

Just try not to overpay, determined by the months to ROI, and check out these other tips:

But, the golden questions remain. Is home mining still profitable? Is it better to just buy BTC? … Check out our quick analysis below.

A home miner purchases a brand new Antminer S15 28 TH in January 2019. It runs at 1.596 kW per hour, and has an efficiency of 42.8 W/TH. The buy price is $1,200 in Europe from an Ant distributor during a period of low profitability. The ROI time is projected to be 8 months at the time of purchase before power is paid. The miner spends no extra money on setup, and also gets passive heat from the machine in winter. Energy costs $0.10/kWh.

Here is an analysis of earnings from January 2019 to the present day.

Above is the daily earnings over three years in sats and dollars after power is deducted. You can see that in the bear market in 2020 earnings go minus, but the miner perseveres and keeps the rig plugged in.

Below you can see that if the miner cashed out each day and held the earnings in dollars they would have accumulated $2,516. On the other hand, if the miner hodled their sats they would have accumulated 0.11722681 BTC. At today’s value these sats are equivalent to $4,546. So hodled sats resulted in 145% more earnings compared to the dollar per day cash out. (Read more about sats versus dollars in our comparison of an S9 and S19 Pro).

Voila, home mining can still be profitable! … So long as your buy price and energy price are reasonable.

Should they have bought BTC instead?

This is a matter of perspective.

At the time of purchase the miner paid 0.32051282 BTC for the S15 rig, which is worth a whopping $12,532 today. And they only made back 36% in cumulative miner earnings of 0.11722681 BTC. Yet, they also gained the value of the miner back, and offset heating costs. Further, this machine may continue to operate for several more years to come, depending on earnings and performance. At the time, the miner would have increased their profits by instead running a more efficient and higher hashing machine like an S17, but hindsight is 20/20.

So, as we said before, the bottom line is what is a mining rig worth TO YOU!?