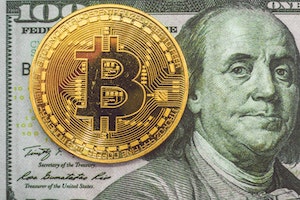 Most bitcoin miners gauge their profitability by the daily earnings per terahash (TH) in United States dollar (USD). For example, today’s BTC miner earnings are $0.31 USD per TH. This is due to the fact that miners pay for their electricity, mining gear, and set-up in fiat. Also, machine ROI and loans are usually priced in dollars, not BTC.

Yet true BTC miner earnings are in satoshi (sats). Today miners earn 0.00000929 BTC per terahash, or 929 sats/TH. Interestingly, sats/TH are not the same value as USD/TH. This is because earnings in sats/TH are determined by the block reward and state of the network. Whereas USD/TH earnings follow the BTC price. The BTC price is decided by market reactions, supply, and demand.

Here we examine earnings in USD versus sats, and why it matters for miners. We also compare two different ASIC miner models and their earnings over the last 18 months.

Bitcoin’s denomination has eight numbers to the right of the decimal point. Satoshi, or sats, are a fraction of a bitcoin. One sat is 0.00000001 of a bitcoin, and one bitcoin is 100,000,000 sats. See more about conversions here.

USD vs. Sats per TH

Below is a graph of daily bitcoin miner earnings per terahash from January 2020 to June 2021. Notice that the USD/TH in blue does not display the same behavior as the sats/TH in green. The USD earnings follow the BTC price curve over the last 18 months. The sat earnings reflect the current block reward, size of the network, and the difficulty level.

However, during the BTC bull run from November 2020 onwards, the USD/TH earnings shot up and the sats/TH stayed relatively steady. Additionally, when BTC dropped from ~$60k to $30k between April-May in 2021, the USD/TH earnings fell from $0.38/TH to $0.22/TH, yet sats/TH didn’t fall.

Why is this? The BTC price in USD is exogenous to a miner’s earning calculation, as discussed in a previous article and shown below.

Sats/TH earnings experience spikes because either the network size shrinks or the difficulty decreases. When less miners are on the network during shutdowns or bear markets, remaining miners earn more shares, or sats, each. Additionally, when the difficulty decreases, block pace may speed over 100%. This means that more than six blocks per hour are found, potentially increasing a miner’s sats per TH.

For example, in the graph below the sats/TH in green spiked on some days before and after the halving due to a drop in USD/TH profitability, marked by number 1 in red. Here profits were below 7¢/TH which was break even for many older generation machines. Unprofitable miners left the network and remaining miner’s shares increased.

Further, at the end of the wet season in Nov. 2020, sats spiked as miners migrated from Sichuan to Xinjiang, marked by number 2 above. Finally, between April and June 2021, the Chinese government forced bitcoin miners to shutdown and hash rate contracted. Thus, sats spiked as remaining miners earned more shares, see number 3 above.

Let’s examine two ASIC bitcoin miner models and how they perform in USD/TH/day vs. sats/TH/day. We will look at Bitmain’s S9 and S19 Pro Antminers.

Below is the total amount of sats earned before costs for an S9 between January 1, 2020 and June 30, 2021. The daily USD per TH in blue adds up to $1,335 after 18 months. However, the 7,392,505 sats earned equates to $2,582 in today’s BTC value. So as BTC’s value increases, sats previously mined become worth more than USD/TH over time. Granted, this is a difficult concept to grasp as it is counterintuitive.

Adding to this premise, the amount of sats mined over time becomes less thanks to miner reward halvings. This means miners earn more sats back in time, and less moving forwards. To illustrate this, notice that the rate of sat accumulation in green was steeper before the halving in 2020, because more sats were earned per day. After the halving, the rate of sats earned per day slows and becomes less steep.

The left-side graph below shows that the S9 accumulated a total of 654,694 sats, or $434 USD after running costs. It was profitable, then unprofitable after halving, then profitable again in the bull run. At an electricity price of 5¢/kWh/day, the S9 made 33% profit per terahash, 67% went towards electric.

Yet, a profit of 654,694 sats is worth just $229 dollars in today’s BTC value, shown in green on the right-side graph. This is because the miner was forced to pay a large amount of sats for electricity during last year’s bear market, when BTC was only $5k – $9k. It took until February 2021 to recoup these costs and return to net positive earnings.

Couldn’t a miner just have bought BTC, instead of mining at a loss? Sure, but sometimes shutting down or selling the ASIC in a low market costs more than keeping it running in the short-term. ASIC prices, for example, have risen exponentially in recent months thanks to price gains and manufacturing bottlenecks. Read more about mining at a loss here.

OK, one more ASIC miner assessment. Below you can see that the S19 Pro is much more efficient than the S9 and doesn’t run under profit over the same period. It accumulates $10,487 in USD/TH profits before power costs, and 58,083,965 sats. But these sats are worth $20,289 at today’s BTC value!

Again, you can see that the rate of satoshi accumulation slows after the 2020 halving event, just like with the S9.

But, these sats are worth $9,139 in today’s BTC value and exceed the USD/TH earnings. This is shown in green on the right-side graph, where the cumulative sats are converted to USD according to the daily BTC price.

In conclusion, BTC miner earnings increase during a bear market or periods of low hash rate, regardless of the USD/TH or BTC price. Thus, these sats are the most profitable.

Finally, less sats/TH are earned over long periods of time due to miner reward halvings and network growth. BTC miner earnings in sats are worth more in the future than US dollars because the following is true…

Today’s dollar is worth more than tomorrow’s because of inflation.

Today’s satoshi is worth more than last year’s because OF deflation of miner rewards, and growing BTC price.

Mining Bitcoin At a Loss. Could it be a Win?

Crypto-Mining: How Bitcoins are Earned and Created