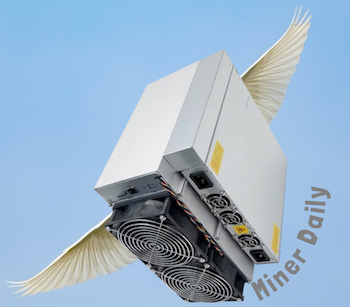 Due to these manufacturing delays bitcoin miners are left waiting for months for their purchases. In the meantime third-party ASIC hardware resellers have quadrupled their prices.

But now Bitmain is said to be caught in a serious snafu with their sole chip producer, TSMC. The company is being investigated for poaching Taiwanese engineering talents.

Will this revelation fracture the two company’s relationship? More importantly, what about VBit, Marathon, RIOT Blockchain, and Core Scientific, who are all waiting for Bitmain’s products on backorder.

Bitmain is accused of stealing engineers to develop AI microprocessing chips over a three-year period. According to the source the Beijing/Cayman Island company concealed its status and established two companies in Taiwan in 2017. Through these shelf companies Bitmain secretly hired employees from TSMC, MediaTek, and others. Bitmain are said to have recruited engineers by doubling their salaries and paying them in bitcoin.

New Taipei City prosecutors recently searched several business locations and have conducted interviews of nineteen current and former TSMC and MediaTek employees involved in the case. If found guilty of violating of the “Business Secrets Act”, high-tech talents face misdemeanor charges, up to a year in prison, or fines.

By looting top talents to conduct their own R&D, Bitmain’s behavior threatens Taiwan’s semiconductor industry outflow and progress. TSMC is the world’s largest microchip producer and pulls in nearly $50 billion a year. MediaTek is the world’s fourth largest semiconductor company.

Additionally, MediaTek issued a letter last year to one of these side companies established by Bitmain. They reportedly warned against infringing intellectual property rights and business secrets. They also reminded employees not to violate the non-competition regulations, even after quitting their jobs.

In retaliation to the charges, the Ministry of Economic Affairs has announced that new semiconductor companies, businesses, branches, or investments are not welcome in Taiwan, especially from mainland China.

Bitmain have not responded.

Past Squabbles Led to Delays