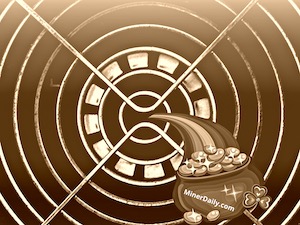 Mining bitcoin at a loss means profits don’t cover operation expenses. When BTC miners go in arrears there are plenty of ways to cut and run. Unprofitable hardware gets switched off, sold, abandoned, or parted out. Profitless ASICs may ship to seedy locations which provide cheaper power.

Of course sensible logic is that bitcoin miners who run at a loss are irrational, have an emotional connection to their hardware, or can’t let go of their bad investment… Right? …

But what is a loss?

In Daniel Kahneman’s book Thinking Fast and Slow he explains that people prefer quick intuitive decisions. It is difficult for us to make slower deliberate ones. Our brains dismiss complexity. Thus bitcoin miners, like all humans, are prone to bias and short-termism.

Many cryptocurrency analysts agree that the value of BTC is set to rise. Price increases correlate with greater mining revenue. But when will this happen? Will is last? For how long?

Miners who have had their skin in the game know, price volatility is real.

Bull runs are erratic but persistent. And larger BTC price gains happen over time. So, if a miner averages earnings over months or years rather than days they may come out on top.

Thus, longer earning windows may better afford small losses. Believing there is always time to recover during bull runs could be an aggressive tactic but may net more in the long run.

Let’s prove it. Say we have an S9-13.5 TH/s which netted -$10 profit per month for the last three months. Suddenly, profitability surges. Now our S9 earns +$35 per month. By extending our earning window to four months, three months of losses were recovered.

Conscientious miners stockpile coins as a nest egg for the valleys of profitability. They avoid temptations to splash money on shiny things when the Bitcoin price peaks. BTC hodled by the miner will hopefully climb in value. Thus, long-term gains from hodling cover previous short-term losses. Patience is virtue.

3. Subsidy by Range of Hardware

During bull runs miners may scoop up the most terahash for their buck. To maximize the TH/$ they buy older generation ASICs and neglect machine efficiency. This is a great short-term tactic to mine, and to hoard as much BTC as quickly as possible. But when the bull run ends so does the profit.

Balancing the electricity load, by owning a range of hardware, can counteract losses during bear markets. This extends the lifetime of redundant machines which have little to no resale value. It should be noted, despite Moore’s Law, the Antminer S9 has made several successful reappearances after being removed from the Bitcoin network.

But what if you pay for electricity with your bank card or other crypto? You still have $55 worth of BTC to spend.

If you were to exchange $55 from fiat to BTC with a steep conversion rate fees may be as high as $12. You would be left with $43 worth of BTC to spend, a loss of -22%. Thus, mining BTC may be more profitable than buying the same amount with fiat.

Data centers do not have a big red button to switch power on and off inline with profitability. Unprofitable hardware are often removed from the shelves and stored. They cannot reappear on short notice. Therefore, if profits shoot up potential earnings are lost. Storing machines may also ensue extra costs for the miner.

Moreover, shipping hardware to exotic locations to skimp on electric costs could be biting off more than can be chewed. Freight costs are high because ASICs are heavy. Delicate machines may need repair after transit. Further, countries may impose import fees. And subpar electricity and poor climate control set-ups may kill machines.

Know and Trust the mines where you send your rigs. Or else you may be sorry. 🙁

Mining gear could also get confiscated or stolen. Just this year the Venezuelan army seized hundreds of unregistered ASICs. Furthermore, Malaysia impounded machines because the data center utilized stolen power. Many also remember the 2018 bitcoin heist in Iceland when around 600 machines were stolen. Bye, bye ROI.

6. Put Your Money Where Your Mouth Is

Moral stance is an obvious reason to mine regardless of income. BTC is not possible without miners. Miners maintain the blockchain ledger and mint new coins. Some crusaders value user autonomy and accessibility over profit. Juxtaposed to Satoshi’s vision that profits alone incentivize miners.

Others mining bitcoin at a loss may enjoy being a member of the ‘BTC De-Centralized Bank‘ earning the bragging rights. And of course, for the ego’s sake, some are just too stubborn to let go of a failed investment.

7. Put it on the Back Burner

Admittedly this may be stretching the topic of mining-at-a-loss too far, but here goes anyway. For those who mine at home ASICs can be functional heaters. Just keep them at a safe distance from earshot, perhaps in the basement, and voila your ‘heater’ earns BTC. But make sure to have the correct electrical setup for the home farm.

Albeit risky mining bitcoin at a loss may not be so irrational after all. Before ditching that less efficient ASIC consider whether longer term strategies could pay off. Forget the simple logics. Keep in mind price volatility and progressive BTC value increases. Do the math over time and not just in the present moment. Lastly, remember Kahneman’s advice:

with long-term thinking strategical blindspots may be revealed.