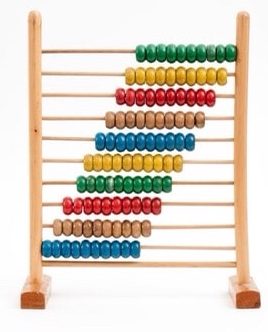 Bitcoin miners use some key conversions in order to develop a deeper understanding of how machines perform and how much electricity they consume. Additionally, cryptocurrency networks are described in terms of hashes and watts/joules. If the Bitcoin network is over 100 exahash, what does this mean? How many watts does it consume? Furthermore, Bitcoin pros speak in terms of sats, not dollars. Find out what a Satoshi is, and why it will be an important concept for you to know in the future. Here, bitcoin miners can enrich their unit conversion skills and up their game.

Hash rate, or hashing power, is the unit of measurement of the processing power of mining machines. The average hashing rate of a Bitcoin ASIC is between 30 to 100 terahash per second (TH/s). In other words, ASICs attempt to solve a SHA-256 algorithm thirty-trillion to one-hundred-trillion times each second.

Bitcoin miners contribute hash to networks. A network is the total combined hashing power of all miners in a mining pool, or of all miners of an entire coin. A top BTC mining pool network, for example, is about 15 EH/s or 15,000 PH/s. This is equivalent to twenty-thousand 50 TH/s ASICs contributing their hash to the pool.

The Bitcoin network, on the other hand, is currently 130 EH/s. This means it makes over one-hundred-quintillion hashes, or calculations, per second. Thus, the BTC network is equivalent to two-hundred-sixty-thousand Bitcoin miners running at an average of 50 TH/s each.

Let’s put this into perspective. Bitcoin miners run on the kW scale. Power plants produce electricity on the megawatt (MW) scale. Whilst entire power grids run in gigawatts (GW). The Bitcoin network itself consumes power in the terawatts (TW).

ASIC machine specs list maximum watt (W), or joule (J). This value is how much energy is expected to be drawn by the machine. W and J are of equivalent value, so 2,000 W is equal to 2,000 J. Confusingly, a Watt hour (Wh) is equal to 3,600 joules/second (J/s) and a kilowatt hour (kWh) is 3,600,000 J/s. But don’t worry, independent miners usually only need to know kilowatt hour (kWh) to work out power consumption costs.

Bitcoin miners are usually charged in kilowatt hours (kWh) for the energy they consume. kWh are calculated by multiplying the kW value of an ASIC by the hours running time.

Here is a practical example. Over one month an ASIC listed to have max. 2100 W would use 1512 electricity hours per month. We derived at this solution by doing the following simple computations:

Bitcoin has denominations called satoshi or simply sats. Like one hundred dollars can be made up of tens and ones, BTC can become whole number sats from its decimal form. One BTC equals one-hundred-million sats. A decade ago, it took over four-hundred-million sats to make up one US dollar. Whereas today, $1 is about 12,000 sats, and 1¢ about 60 sats.

Are satoshi the unit of the future?

What if in the future BTC is discussed in sats and not dollars? Guess we’d better get used to these quick conversions:

Why don’t we try a couple of examples together? Let’s work out how many BTC one sat equals:

And next, let’s see how many sats one BTC is: